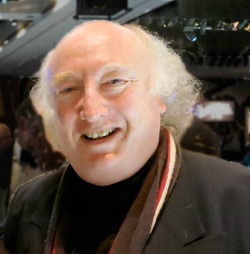 JUSTIN FLEMING  has been a Vice-President of The Australian Writers' Guild and a board member of The Australian National Playwrights' Centre. His works have been produced and published in Australia, USA, Canada, UK, Belgium, Poland and France.

Burnt Piano and Coup d’Etat  have been translated by Jean-Pierre Richard and published in France and Belgium by Lansman Editeur.

Justin has degrees in law from Sydney and Dublin, and a Master of Laws degree from University College London. His history of the common law, Barbarism to Verdict, was published by HarperCollins, with a foreword by John Mortimer. Other publications include The Crest of the Wave (Allen&Unwin), The Vision Splendid and All That Brothers Should Be (Beaver Press), Burnt Piano & Other Plays (Five Islands Press), Hammer (Stockwell), The Cobra (STC Playtext/Five Islands Press), and Coup d'Etat & Other Plays (Xlibris). For ABC Television and Anthony Buckley Films, Justin wrote Part One of the history of cinema, The Celluloid Heroes and was the inaugural Dr. Anne Clark Writer-in-Residence at St. Ignatius’ College, Riverview, taking classes in Creative Writing. He has twice been awarded the Nancy Keesing Studio at the Cité Internationale des Arts, Paris, where he wrote The Starry Messenger. His Paris journal was published by Halstead Press in Paris Studio.

In 2006 and 2009, Justin was Writer in Residence at the Dr. Robert and Lina Thyll-Dürr Foundation, La Casa Zia Lina, Elba, Italy, where he translated Moliere's Tartuffe (The Hypocrite), for Melbourne Theatre Company, and wrote A Land Beyond the River for Storylines Cultural Festival 2009.  In 2007, Justin was awarded the Writer's Residency at Arthur Boyd's Bundanon, where he wrote Origin, performed at The Art of Evolution Conference 2009, Courtauld Institute, London, directed by Wayne Harrison. Justin was awarded the Tasmanian Writers' Centre Residency in 2008, where he wrote His Mother's Voice.