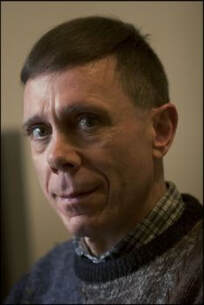 Misto's other works include Dark Voyager about the turbulent relationship between Joan Crawford and Marilyn Monroe. Misto also wrote the hugely successful play, Harp on the Willow which won the Rodney Seaborn Award for Best Play. John Misto is co-writer of Peace Train: The Cat Stevens Story which has enjoyed several successful national tours of Australia.

Misto’s play, Lip Service had a sell-out season at London’s Park Theatre in 2017 (under the title Madame Rubinstein) and a successful season at Sydney’s Ensemble Theatre and at the Lawler Theatre in Melbourne. Lip Service has had successful seasons in Prague (in Czech translation) and in Ekaterinburg (in Russian translation) also under the title Madame Rubinstein. It is the first play by an Australian playwright to be performed in Russia.

John Misto is also an established scriptwriter and his telemovies and scripts have won many awards including the Queensland Premier's Literary Award, three Australian Film Institute Awards, three Australian Writers' Guild Awards and a Gold Plaque at the Chicago Television Awards.

John Misto has degrees in Arts and Law from the University of New South Wales.