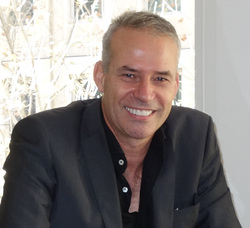 John Field is without doubt one of Australia’s most successful songwriters. His career began in the 80’s with the penning of ten Top 40 hits for The Cockroaches, and his writing has included more than 400 hit songs for children’s supergroup The Wiggles. Indeed over the last twenty years, commercial success has seen John become a highly sort after composer for film, advertising and television, his compositions frequently achieving success globally. In addition to numerous awards for multi-platinum sales associated with his writing, John has also been the recipient of APRA’s Award for the Most performed Screen Composer Overseas.

Evie & The Birdman is a wild, totally original piece of contemporary music theatre.  Dig out the boogie board and dive right in, this show is a breath of fresh air. A Music Theatre equivalent of a day at the beach. Strap on your bird feathers, grab some chocolate and hold on for the ride. Evie & The Birdman is a pop musical with a very memorable and varied score. It is not a “kids” show but a very fast moving contemporary musical aimed at young adults and those who can remember being young.

The show was first staged at the Bondi Pavilion, the original cast including Katrina Retallick, Emma Pask and Sam Moran. It was a rare thing: an independent production that made money! Since then has been staged 16 times since by various theatre companies and schools (two restaged it in return seasons).

Who Loves Me?, is John’s most recent work. It is a warm urban love story set in Bellini’s Cafe- the busiest cafe in the middle of  the city. It is the story of Enzo Bellini and his last dying wish to see his heartbroken daughter Sofia happy again. Enzo has not many lattes left in him and he will go to any lengths to find the right man for his daughter.  Who Loves Me is a modern contemporary musical about love, coffee, the stock market and the seductive power of the Mambo. 11 main characters and a storyline that will make you laugh and dance but be warned this show is moving, tissue boxes should be supplied..... with some canoli! “Who Loves Me?” is ready for staging from Origin now.

John is excited about his new partnership with Origin: “I look forward to a wonderful and long association with this great company.....you got to love an office that has a grand piano in the main conference room and photos of Cole Porter on the wall.”

Origin Theatrical’s Managing Director, Kim Ransley, mirrored John’s enthusiasm for the future:  “We are thrilled to work with John on the first of many new musicals for Australian and international audiences, starting with the release of Evie and the Birdman and Who Loves Me.