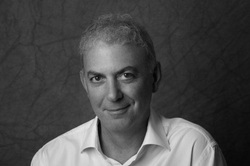 For the past twenty years, Craig Christie has been at the helm of No Mates Productions creating original plays and musicals in educational, community and commercial settings. These innovative productions have toured extensively throughout Australia and internationally.

Craig first came to prominence in the field of commercial music theatre with Crusade (1998) which, at that time, was the largest concert presentation of an original Australian musical (performed in the then Melbourne Concert Hall). Crusade was later presented at the Edinburgh Festival (2000) to standing ovations and rave reviews.

Other musicals include The White Rose (2003) which premiered in Melbourne, then toured Singapore, and the international hit Eurobeat. From it’s humble beginnings at the 2004 Melbourne International Comedy Festival, Eurobeat went on to win Best New Musical at Edinburgh Festival Fringe (2007), followed by an acclaimed UK tour and London West End season (2008). It was nominated for Best New Musical in the Evening Standard and was voted third most popular New Musical of 2008 in the Whatsonstage awards. During 2008, Eurobeat also toured South Korea, headlining at the Daugu Music Festival. Most recently (2009), Eurobeat delighted audiences in a season of performances at QPAC in Brisbane.

Since first establishing No Mates Productions, Craig has written original musical productions that have toured primary schools every year celebrating Children’s Book Week. These have been seen by over 1.5 million children in Australia and internationally. His recent productions Jungle Bungle and Rev It Up have now been seen by 500,000 students worldwide and current productions Jump To It, Totally Amazing and West End Pantomania (currently touring throughout the United Kingdom for West End In Schools) are seeing annual audience figures continue to expand.

Craig’s work as a playwright and songwriter has spanned a number of fields. He has a passionate interest in the use of storytelling and songwriting in a positive social context and has employed his writing skills to a number of groundbreaking community projects such as Water Into Wine (2000) and Right Where We Are (2002). Most recently he has explored the theme of cyber bullying and relationships within social media with My Friends Dot Com which has already enjoyed an excited response in schools throughout Australia and New Zealand. These themes are being explored in greater depth and for a more mature audience in the new musical with the working title Connected currently in development.

Currently, Craig is working on exciting new projects for stage, film and television in Australia, the UK and the USA. He recently completed the score for a new musical Totally Over You in London, working with internationally acclaimed playwright Mark Ravenhill and Britain's National Youth Music Theatre, which was presented in workshop at the Lyric Theatre on London's West End, August 2009. His latest musical Hey Florence! premiered in Nashville, Tennessee in September 2009 to standing ovations at every performance, and recently performed to standing ovations in New York. It has since enjoyed an acclaimed performance in Singapore July 2011 and a return season in Nashville November 2011.
Musical: Connected - A rock musical
​Musical: Connected (for schools)
​Musical: Eurobeat-Moldova
Musical: Jungle Bungle
Musical: REV IT UP!
Musical: The Web, Wires & Waves
Songbook: Craig Christie Songbook
Play: You See What Really Happened Is... And Other Plays
Oz Theatrical is part of the leading Australian theatrical licensing agent, ORiGiN™ Theatrical.
Contact us
Terms and Conditions
Privacy
News