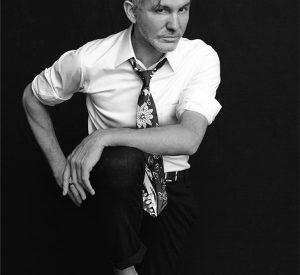 CREATOR AND BOOK WRITER
Born in Sydney, Australia, Baz Luhrmann has captured the popular and critical imagination internationally with a diverse range of award-winning projects in film, opera, theatre, and music, making him one of the world’s most recognizable creative forces. Recently, Luhrmann wrote, produced and directed on The Get Down, an original series for Netflix, which premiered in 2016. Set in 1970s New York City, The Get Down is a mythic saga of how a battered city at the brink of bankruptcy gave birth to hip-hop, punk and disco - told through the lives of music of the South Bronx kids who changed the city and the world, forever. His most recent film is the extraordinary, Oscar ® winning 3-D adaptation of F. Scott Fitzgerald’s The Great Gatsby (2013), starring Leonardo DiCaprio, Carey Mulligan, Tobey Maguire and Joel Edgerton. Earlier works include the ambitious epic Australia (2008), starring Nicole Kidman and Hugh Jackman, the Oscar®-winning Moulin Rouge! (2001) featuring Kidman and Ewan McGregor; his boldly luminous version of William Shakespeare’s Romeo + Juliet (1996), starring DiCaprio and Claire Danes; and the celebrated Strictly Ballroom (1992), starring Paul Mercurio and Tara Morice. The soundtrack albums for The Great Gatsby, Romeo + Juliet and Moulin Rouge!, executive produced by Luhrmann, have sold more than 14 million copies worldwide. The Great Gatsby received two Academy Awards® for Art Direction and Costume Design, a BAFTA for production design and thirteen AACTA Awards, Moulin Rouge! won three Golden Globes® and received eight Academy Award® nominations, with Catherine Martin winning two for Art Direction and Costume Design. Australia won four AFI® Awards. It is the second highest-grossing Australian film of all time.

The phenomenally successful Strictly Ballroom was originally conceived by Luhrmann as a short play while still a student at the National Institute of Dramatic Art (NIDA). It was while producing an extended version under the auspices of the Sydney Theatre Company in 1988 that he met Catherine Martin, one of the company’s designers. He later directed and co-wrote the film version which premiered at the 1992 Cannes Film Festival and was awarded the Prix de la Jeunesse. It would go on to win eight AFI® Awards. In 1997, Luhrmann married Catherine Martin, his longtime creative collaborator. They have two children, Lillian and William. The same year they founded Bazmark, an innovative multi-media company with the motto “A life lived in fear is a life half lived”.

Baz Luhrmann is one of Australia’s most imaginative and strikingly original opera directors. His signature production of Puccini’s La Boheme for Opera Australia won considerable acclaim in 1990 when it starred Cheryl Barker and David Hobson. His later production of La Boheme on Broadway in 2002 was lauded by critics for its sensuality and glorious production design. It was nominated for seven Tony Awards®, including Best Revival and Best Director for Luhrmann. It won the Tony Award® for Best Scenic Design. Previous opera productions include Lake Lost, which won a Victorian Green Room Award for Best Director in 1988, and Benjamin Britten’s A Midsummer Night’s Dream. It received a Victorian Green Room Award for Best Director, a Sydney Theatre Critics’ Circle award for Best Director and the Critic’s Prize at the Edinburgh Festival in 2003. Luhrmann came full circle when he directed the stage musical adaptation of Strictly Ballroom which opened in Sydney, Australia in April 2014.